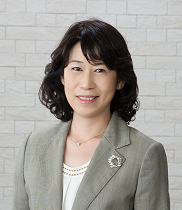 The Japan Academy of Public Health Nursing (JAPHN) was established in 2012. The objective of the Academy is “to contribute to the promotion of the health of the population and to the general welfare of society by further developing the academic field of public health nursing and by supporting and improving research, education, and practice therein” (Article 3 of the Academy Bylaws). Currently, the Academy has over 1,600 members, more than half of whom are public health practitioners, including public health nurses, midwives, nurses, and school health nurses.

The Academy’s governing board began its third term in June 2016. Since the Academy’s inception, we have developed formal definitions of public health and the public health nurse, and in April 2015 the Academy was incorporated as the General Incorporated Association Japan Academy of Public Health Nursing, formally marking its foundation. We view the current board term as the beginning of the next phase of the Academy’s growth. During this third term we plan to intensify our activities, focusing on collaboration among practitioners, educators, and researchers; that is the hallmark of our Academy. We also plan to disseminate our ideas and recommendations about public health nursing to society at large and to the world.

In anticipation of the coming social changes foreseen in 2035 Japan Health Care Vision, the Academy has prepared Public Health Nursing: A Grand Design for members and society at large. Approved by the board in May 2016 and announced at the members’ meeting in June, this is a roadmap for future work and a blueprint for the Academy’s role in public health nursing. Based on the directions framed in this grand design, the Academy will work to enhance the foundations of: 1) basic education; 2) continuing education; and 3) public health nursing practice; and to support further development of public health nursing as an academic field and promotion of research.

The world that we live in today is changing rapidly, and people’s well being and health are often at risk. The Academy’s definition of public health nursing is “health promotion, prevention of compromised health and support for recovery of good health, and contribution to life extension and the general welfare of society, by working to enhance people’s ability to maintain and improve their own health and quality of life, and by supporting the improvement of the environment in which they live.” Our role in that work will become more and more important as time goes by.

Public health nursing is ubiquitous. It includes not only community health, industrial health, and school health; it also has a role in every place where people live and work. We invite all public health nurses working in practice, education, and research, and all others with an interest in public health nursing, to join us in this collaborative effort to optimize quality of life for the public and to create a healthier society.